Increase capacity without any major disruption and risking revenue

Vardhman Special Steels, an Indian steel manufacturer that produces sheets, rods, and bars, had reached full capacity, running overtime to meet customer demand. To increase capacity, Vardhman committed to a bold expansion project that would cost ₹ 200 Cr, and take 14.5 months. More crucially, it would also require two 15-day shutdowns of existing production lines, first one in the middle of the project and the second towards the end: any delay in the shutdowns would cause loss of planned production and unhappy customers, and cost the firm 1.1 Cr per day. A “victim” of its own success, Vardhman could not build any anticipatory inventory without shorting its current accounts; its output was already fully committed.

The project was complex not only because engineering, procurement, construction, installation, and testing tasks had to be coordinated within and across functions, but also due to the coordination required between the project and ongoing operations. Tasks had to be performed in a certain order, so any delay in one part of the project could quickly cascade to the rest of the project. However, like all projects, routine delays and changes were expected on this project too. For example, delays in engineering, placements of orders, communication with suppliers, delivery from suppliers, labor availability, etc. are all too common and unavoidable. Another complication was the coordination required on the supplier’s end. The Italian supplier of new manufacturing equipment had multiple locations participating in its supply — three in Europe, four in India — that complicated procurement and required close coordination among their and Vardhman’s engineers. Vardhman’s senior management, fearing losses incurred by delays, stressed speed above all other priorities. Although the firm had a skilled operations team, it had no experienced project managers who could carry out the coordination and use their judgment to identify and control critical delays. — yet this was Vardhman’s largest capital expansion project to date.

Management has this realization that their project management infrastructure is not adequate to take up all these challenges because:

Therefore, the senior management wanted a scheduling and decision support system that could provide relevant schedules and management information during execution.

Vardhman decided to implement Realization’s project Delivery system Concerto for Ready-to-Act information in projects. It provided ready-to-act alerts for executives and ready-to-act schedules for the frontline. Though Vardhman has evaluated other systems as well but Concerto, compared to other systems, was the only system that went beyond mere planning to:

1. Converts plans into detailed execution schedules that allowed teams to work in a “focus and finish” mode instead of spreading resources thin.

For example, instead of all work packages in civil works being in progress but none of them completed while structural and equipment erection teams wait for work-fronts to be available, Concerto ensured that critical civil work packages were completed and handed over in entirety. The advantage was that every team always had complete work-fronts available before they engaged and could concentrate their resources, finish their work uninterrupted and hand over complete work-fronts, in turn, to the next team.

“The contractor always started work with full work-front and drawings available to them. He was very confident that his people will not get stuck in the middle for either drawings or materials” — Sachit Jain, MD, VSSL

2. Instead of responding to delays by re-planning the entire project, it kept the original plan but identified schedule risks and future tasks that could be expedited.

For example, Concerto highlighted risks to project completion nearly 7 months in advance. The advance warning allowed the management team to start a process of joint reviews with the equipment manufacturer and manage coordination across all their locations to ensure timely release of orders for bought out items at the supplier’s end. This, in turn, ensured a smooth flow of complete inputs to the design consultant, expedited release of approved GFC drawings to site teams and on-time completion of the project.

We realized that coordination among the supplier’s various sites was a bigger problem than the coordination between us and our contractors, and so we got that organization to talk better to themselves” — Sachit Jain, MD, VSSL

3. Integrated daily and weekly progress reports with the project plan

One pervasive reason as to why project management systems do not get successfully used is that it is very difficult to ensure timely updates across the organization. Concerto directly feeds tracking data into the plans and automatically converts daily progress data into project progress information.

By following the daily schedules generated by Concerto, and acting on its management information, Vardhman was able to minimize work stoppages and ensure that work got done in accordance with its criticality for the overall project.

The project was delivered on-time in 13 months, 1.5 months ahead of management expectations
Successful completion 1.5 months early In a project with little room for error, Concerto not only helped Vardhman meet its construction goals, it beat them. Both anticipated line shutdowns were shortened, saving the firm hundreds of thousands of dollars. The project was delivered in 13 months, 1.5 months ahead of management expectations, saving even more money and enabling Vardhman to translate expanded capacity into additional revenues faster.

We finished the project 1.5 months earlier than management expectations. In the first shutdown, we not only finished 1-day early, but we were also able to pull in additional scope. In intangibles, there was minimal fire-fighting. The communication that happened across the organization was fantastic.

MorgardShammar, the leading manufacturer of Steel mills and our main supplier, also commended our team saying that the way this project has been executed is way better than any other project they have done in India

Find out how we can help. Give us a call.

Trusted by over 400+ clients, including 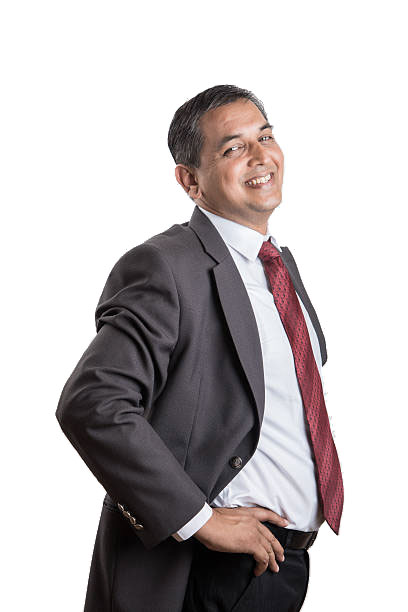 Find out how. Give us a call.

With a proven track record of 9+ years in India

Saving NTPC Khargone project from disastrous delays
in under 6 months

The 3 simple changes Vardhman Steel did to deliver a ₹200 Cr. Brownfield Expansion 1.5 months ahead of management target
Including on-time completion of two shutdowns

4 ways L&T recovered a 5-month delay in a ₹ 1700 Cr. Shipyard project
And made it operational in 28 mos - a new benchmark

$6 billion saved for our clients and counting

In NTPC Khargone, within a month of starting the implementations of Project Analytics , our project management team had complete visibility of the bottleneck areas. Even when new bottlenecks are emerging, we are not taken by surprise. This enabled Team Khargone to take a lot of actions pro-actively and now our entire management team has full control on the due dates.

“After one year of execution the project is 1.5 months ahead of management’s estimate. A planned shutdown of the mill during the upgrade was completed ahead of target and we implemented more scope than planned.

Realization literally acts as Google Maps for my projects. All of us, from the Top Management to the front line manager, know exactly what actions are necessary to prevent them from becoming actual delays. In the first year itself, the same project team has doubled the rate of execution.

What impresses me is that they act more like partners to my business. They really understand my business requirements in detail and provide me control of my entire portfolio and great insights in the way forward.

“We were able to complete a Hot Strip Mill shutdown in 8.8 days against our planned shutdown of 11 days, thus saving the company a significant amount.”

Creating a world-class shipyard and a 200m shiplift totally in-house involved many challenges. Yet the project was completed in 28 months, overcoming most delays and uncertainties. This was possible primarily due to dedicated team effort. The team from Realization was involved in coordination, planning and monitoring the project throughout.

Concerto gave us alarms, flags, escalation of issues on which we promptly acted. Prior to adopting Concerto, we were very apprehensive on the quantum of information we would be required to feed in the system, particularly duplication over the information we used to feed in SAP. Most pleasant surprise after its implementation had been the limited additional information which we have to update on the system and most of the data was directly linked from SAP.

We are your global partners